It's me again. I can't believe how the year has flown by since my last letter.
http://thereislifebeingthewife.blogspot.com/2010/05/dear-mom.html
This is one of those anniversaries, 10 years. Wow, sometimes it seems like yesterday and sometimes it seems like forever, probably depending what is going on in my life and how bad I would love to tell you the story behind it. This is a huge year for America, it's been 10 years since the planes flew into the Twin Towers and the Pentagon and the plane that went down in Pennsylvania. I was so glad that you didn't have to experience that, you would have been so upset watching the news.

But lets get back to recapping our past year. We are still in South Carolina, it's pretty awesome here, the church is growing and the people are awesome. I told you about the motorcycle, well we sold that one and now have a RED Harley Davidson. Oh you would love this one, so often I think about you just before I get on. We have a great group that we ride with. I tried playing softball last year, that didn't work so well, my hip hasn't been the same, but I did love the few games that I did get to play. Maybe by next year I will have some weight off and it will be better. I am letting my hair grow out, it's getting to like it was in High School. I have only seen 6 gray hairs, guess I got that from you too! Love that!!

Now to recap your grandchildren. Amber and Steven are doing great. They have both changed jobs since last year. She was devastated when her job closed their office this year, but what she didn't realize was that God was closing that door for her (even when she wasn't looking for Him too) and He gave her a better job. She is continuing her education, actually just finished up some classes this week. Can't imagine having to work, be a wife and go to school. She is the overachiever that you knew she was, but she knows that the results will pay off. I can only imagine the twinkle in your eyes that you would get if you heard her say, we are thinking about having a baby. Who knows, buy this time next year I might be sharing about a little one. She wants three boys. Hmm.... I am thinking about the night that we were staying with you and Amber was about 2 years old. Well she gets out of the bed and goes and gets a jewelry box off of your dresser. On the the way back to look inside she trips on the bed and the jewelry box goes flying, straight into your face. Man that was a moment, you said you thought you had been shot! Its wasn't that funny at the moment, but man we have had some laughs about that one. Wonder what those little boys will do when she gets them. I am sure I will have great stories.

Paxston has four and a half more years in the Navy. He is now in Dam Neck, Virginia. He bought a car and now can travel to see us.  So Easter weekend went well! My story to remember about Paxston was when he was talking to you one day and he ask you, "Do you know why I love my Mama so much?". Your reply, "No, Why?" His reply, "Because she was the first person I saw when I was born."

On to Crickette, well hopefully we are past the Toad stage in her life. She has a boyfriend. His name is Josh. Not doubt you would love him too, even though he is a Tennessee fan. He is a hoot and seems to really care about her, even when she makes him take so many pictures of them together! He wanted to date her since we moved here, but she always said no, finally said okay! Sound familiar? (that story will be at the end of the month) She is not only in school but working full time too, that being because she has a car now instead of the truck, but it gets better gas mileage! You would be extra proud that her nails are longer than mine right now! That's huge for her. My story of you and her takes place when yall were on the back steps in Doerun, GA. She said to you, "When I grow up, I'm gonna get my belly button and my nose pierced." That child of mine!

And now to the other fireball of a child. I would like to think that he keeps me grounded, but sometimes I think, maybe not. He is playing ball again and loving it, pretty good. The teams he has been on remind me of the teams that you always got and coached. Was there anything that you didn't do? I guess not, since you were extra involved in my life (and I am so appreciative that you did). You just never know what is going to come out of that child's mouth, he makes me laugh and smile so much. Which is the reminder of why God placed him in my life, to be the sunray for you! He gets in trouble a lot more in school than the others, mostly for talking. Imagine that! He was watching the Weather Channel yesterday (because he can't watch TV programs that he wants to) and he came running in to tell me he needed to call a friend to get Skylynn's number. Her grandmother lives in Spain and they just had an earthquake there and she needed to know. Then he proceeds to ask if I knew there was a tornado in Alabama and he needed to know about Pepa. I assured him that Pepa was just fine, the tornado was in North Alabama. He does get a little dramatic sometimes, and that seems to run in the family - not sure where he got if from, ha ha!

I guess you are caught up on all the life and times of your family. My thoughts now are back to this day, 10 years ago, when you woke me up at 3:30 in the morning to tell me that you had some place that you needed to go and you wanted me to go with you. I told you that I couldn't go, but I would walk as far as I could with you and I would hold your hand. I told you that the next day would be Mother's Day and that I didn't know if I would get a chance to tell you, but you had been the best Mother that anybody could ask for and we told each other "I LOVE YOU!". You never came back to after that. When I woke up I called Chris and told him to bring the kids, it was time to say goodbye. When Chris got there we all stood around and spoke to you and told you how much we loved you and reminded you that it was okay to go home. Chris said that the kids and I needed to go eat lunch, so we did. In the midst of eating Amber ask me if I was worried that you would die while I was gone. I told her no, God knew where I needed to be. My hamburger was raw in the middle and they had to send it back, so it took a little longer for us to eat. When we got back Chris was standing outside the hospital, I knew then that you had gone to be with the Lord. We went back upstairs and stood around your bed, held hands and prayed. Chris took the kids home while I stayed to gather up all my things, I had been there all week with you and never left the hospital. As I had everything in my hands and was about to walk out the door, I looked back one last time and remembered that I had not painted your nails. So I put my things down and got out the red fingernail polish. Several times during the week I would ask you if you wanted your nails painted and you would say, not now. I knew the time was now and I took your hands and enjoyed painting your nails for the very last time. I smiled thinking about how much you enjoyed me doing this for you and how difficult it was to paint your toes because you were to ticklish. I placed your hands on top of the covers for the polish to dry. I laughed before going out the door thinking how strange it was going to look when the next person came in to see you, with your nails all done, just waiting. I really hoped that God let you peek down and see that I had done what you ask of me. I am thankful that I didn't have to put that pack of cigarettes in the casket with you! You always said make sure my nails are painted red when I pass away.  I Love You Mom, and I miss you terribly, but I have the peace of knowing that I will see you again in Heaven - because we have both placed our faith in Christ and trusted in Him as our Savior and I know that I will be there before you know it, even if it seems like forever down here. 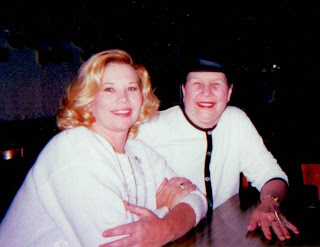 Stacey
I am a preacher's wife and mother of four, in-law to one. I love to scrapbook and I am a CTMH consultant. I am about as Southern as it gets - grew up in Alabama and since being in the ministry have lived in several southern states and even in Ohio, they knew I wasn't from there! I have two blogs - one is a devotion and the other about our life. I pray that you will enjoy both. 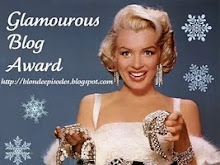